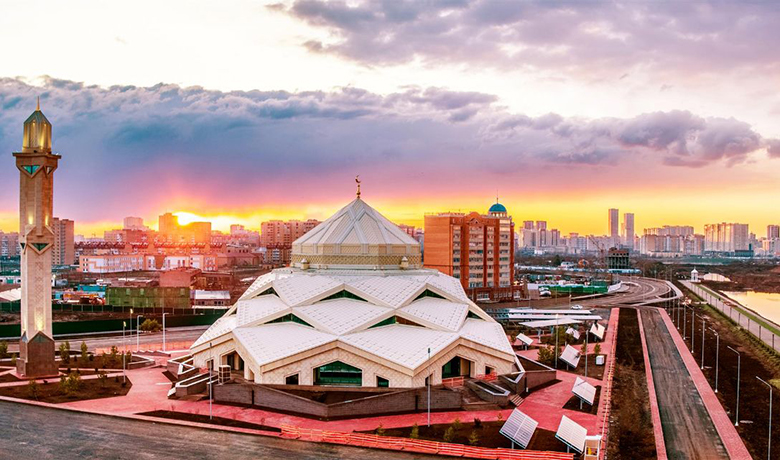 The Yryskeldi Qajy Ata Meshiti Mosque in Astana (Kazakhstan) is the first mosque in the world with a positive electricity balance and an extremely low heat demand.

Complex photovoltaic systems surrounding the entire mosque produce significantly more electrical energy than needed by the building itself. Due to Austrian know-how and technology, also the heating demand was reduced to 35% compared to the usual value in Kazakhstan.

The thermal-energetic optimization of the mosque started only after Austrian companies had been involved in the planning process. Nevertheless, the energy efficiency of the building being in operation could be enhanced in many ways: by thermal bridge optimization, the implementation of increased insulation standards and an efficient ventilation strategy with heat recovery as well as a comprehensive photovoltaic system (sidewalks, carports) in the outer area of the mosque.

(only investment on energy optimisation)